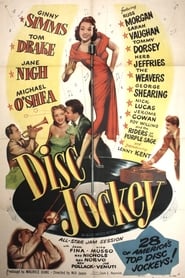 
A radio disc jockey is about to lose his program's sponsor because the sponsor believes that television viewing is cutting down the size of the listening audience for radio programs, and those featuring platter-spinning radio disc jockeys. He sets out to prove otherwise and calls on twenty-eight disc jockeys in major cities across the United States to help prove his contention. (Les Adams/IMDB)
Status: Released IMDb
Release date: 1951-09-30
Run time: 77 minute / 1:17
Director: Will Jason
Writer: Clarke Reynolds